OFFICIAL: Dälek back on the road for 2015 EUROPEAN TOUR! 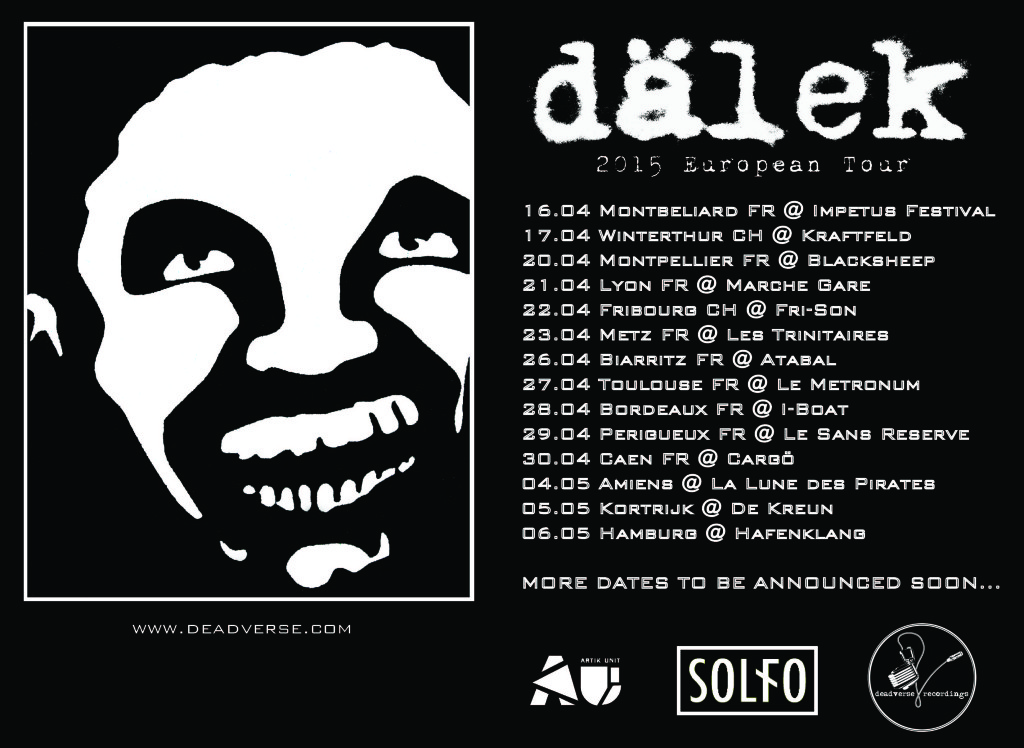 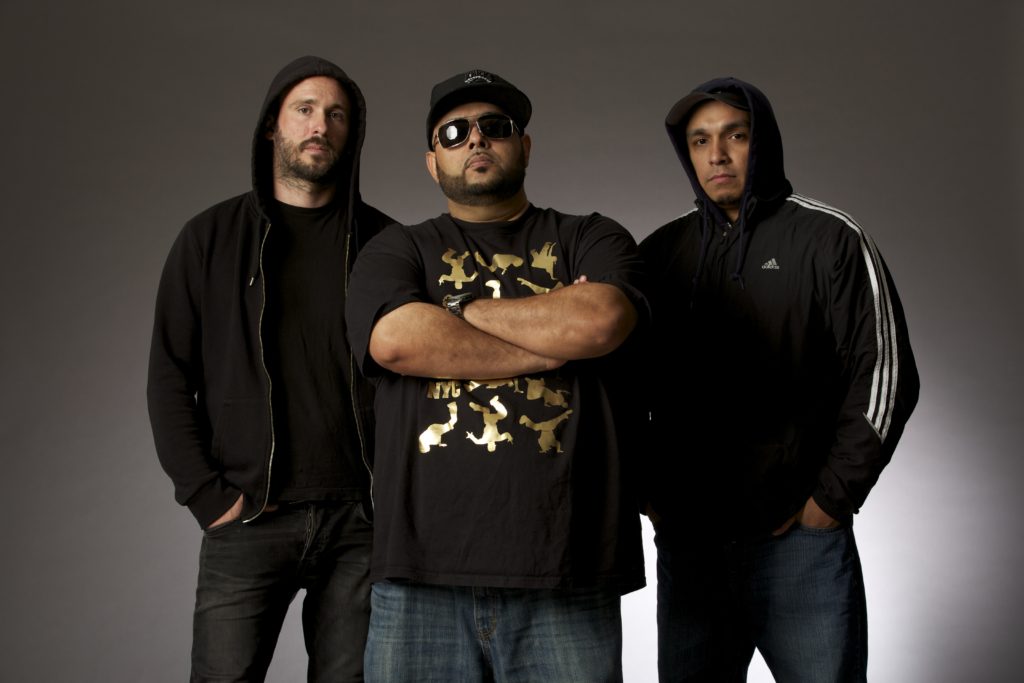 Hailed by critics as risk takers and pioneers for a new generation of hip-hop, Dälek are back on the road in 2015 with a line up that features MC dälek, at the controls, rEk (original dälek DJ) on the turntables, and Mike Swarmbots on samplers & effects. They are set to return with their signature mind numbing, genre bending blend of beats, noise, and lyricism.
Their incredible back catalogue and history consists of numerous ground breaking records: Gutter Tactics (2009), Abandoned Language (2007), Absence (2005), …From Filthy Tongue Of Gods And Griots (2002) – all released on Ipecac Recordings (Mike Patton’s label), the original album, Negro Necro Nekros (1998)) – initially released on Gern Blandsten (Currently out of print, though rumored to be on track to be re-released) and successful studio & live collaborations with Young Gods, Techno Animal, Faust, KID 606, Zu, and Velma.
Touring extensively for over a decade, Dälek has destroyed stages at some of Europe’s biggest Music Festivals: (Eurockéennes, Dour, Rocksikde, , Rock Dans Tous Ses Etats, Asymmetry, Iceland Airwaves, and ATP …just to name a few.)
They have toured or shared stages with influential artists such as KRS One, Tomahawk, The Melvins, TOOL, Grandmaster Flash,  Jesu, Dillinger Escape Plan, Pharcyde, RJD2, DeLa Soul, Prince Paul, Lovage, ZU, Black Heart Procession, Gaslamp Killer, Earth, Flying Lotus, the Bug, and Fantomas.
Live, their shows are an intense event that often end in a shoved mic stand and sonically assaultive layers of sound.  Always original,  Dälek stuns crowds and will blow you away with their words and music. Witnessing Dälek live is like coming face to face with the bastard child of Public Enemy and My Bloody Valentine. An amalgamation of the heaviest noise that the Velvet Underground ever unleashed and the knowledge spit by the likes of Rakim, leaving you in a trance and sending shivers down your spine from the haunting beats intertwined with ambient textures and noise-scapes, that are  carried by a powerful raw flow from one of the most charismatic MC of his, or any era.