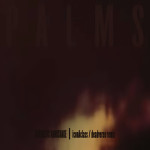 Having a long history of touring with Isis, Will Brooks approached them with the idea of re-imagining their epic track Antarctic Handshake, off of their self titled 2013 release on Ipecac Recordings.

The result is a dreamy-beat-driven-synthpop kind of joint that although a brand new sound for the parties involved, still has the flavors of all the key elements. It is easy to get lost in this beautifully melodic and hypnotic summer anthem.