From the desk of SUPERSONIC FESTIVAL:

A weekend of online events bought to you by the team behind Supersonic Festival, the “UK’s best small festival” The Guardian, 2019

Cancelling this year’s festival was a heart breaking but necessary decision. However, we think it is important, despite the year’s unprecedented events, to mark what should have been this year’s Supersonic Festival 2020 weekend in a big way.

We’ve lovingly crafted, a weekend of unique and exclusive online performances, panel talks, DJ sets and more oddities from a plethora of Supersonic artists and its wider community. The programme is free but we are asking for donations to help support the festival, artists & freelancers, with 25% being donated to the Trussell Trust Food Banks.

See www.supersonicfestival.com for the full programme and schedule and  subscribe to our Youtube channel in advance, so you don’t miss a thing! www.youtube.com/user/SupersonicFestival

Dälek (Will Brooks) will be partaking in a panel discussion exploring how musicians respond to social and political unrest on July 19th at 12:40pm EST 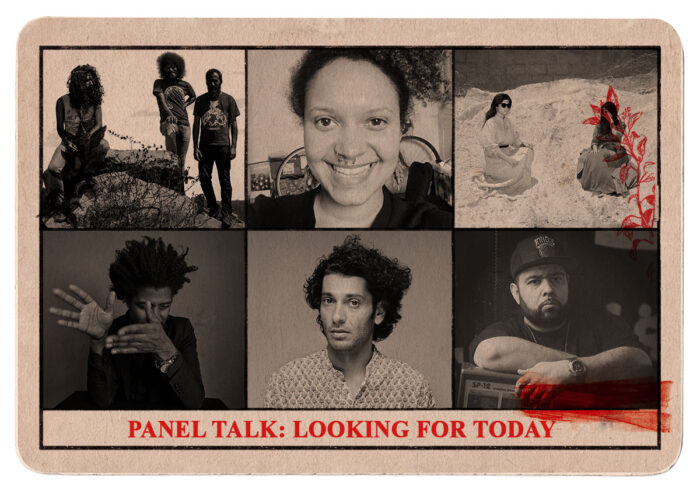 A panel discussion exploring how musicians respond to social and political unrest.

Art is always interconnected and reflective of society. Artists have fused comments on everyday life with political engagement, creating music and performances that respond to and are fuelled by many of the activist movements throughout the twentieth century, as well as today. This panel examines the experience of musicians living and working within the current political climate.

On the panel, we’ll hear perspectives from Paula Rebellato (Rakta) + Mariano De Melo (Deaf Kids) based in Brazil, Franklin James Fisher (Algiers) + Will Brooks (Dalek) in the US, Khyam Allami in the UK. This session is hosted by Jasmine Ketibuah-Foley.

HOSTED BY JASMINE KETIBUAH-FOLEY (aka Jazz)
Broadcast Journalist and Presenter based in Bristol. Hosts music events. Works with the BBC and community radio and also as a Black and Green ambassador challenging diversity in the environmental movement.

PAULA REBELLATO, Rakta (BRAZIL)
Half of pysch-noise act RAKTA, this self-taught artist plays a key role in the underground scene of São Paulo, Brazil. As well as touring internationally with various experimental projects, she also works with illustrations, jewellery making and is an astrology apprentice.

“Over here in Brasil the scenario is really bad… Well, it has always been but now it’s worse. As artists we also lost all of our programmed shows and works, and we are getting very little support from the government, like 100 pounds per month (and this only if you get applied). It’s terrible. We have no minister of health, our president is an assassin, the wave of fascism is growing… and not to talk about the racism… It’s a deep hole!”

MARIANO DE MELO, Deafkids (BRAZIL)
A multi-instrumentalist, active as the drummer/percussionist for DEAFKIDS, playing synths and percussions live with the electronic artist Felinto, and as a solo artist (as Sarine).

FRANKLIN JAMES FISHER, Algiers (USA)
Frontman and lead vocalist of the fast-paced four-piece, Algiers, based in Atlanta. With their fiery energy and signature political lyrics, this band douse their distorted anthems in a sound-concoction of raw-blues, gospel and industrial.

WILL BROOKS, Dälek (USA)
From pioneering alt hip-hop duo, Dälek the Rapper/Producer Will Brooks joins this discussion panel on Politics in Music. With deep roots in the mid-90’s DIY scene, Dälek has been delivering ground breaking albums for over 20 years. They have encapsulated fans and critics across all genres, garnering fans and accolades from the Hip-Hop, Electronic, Indie, Metal, Shoegaze, Jazz and experimental communities.

KHYAM ALLAMI, Nawa Recordings (UK)
An Iraqi-British multi-instrumentalist musician/composer/researcher and founder of Nawa Recordings. Aside from his solo work and various collaborations, he is currently undertaking an M4C funded practice-based PhD in composition at the Royal Birmingham Conservatoire (Birmingham City University) focusing on contemporary and experimental Arabic music.

Dälek (Will Brooks) will also be DJing Live from Deadverse Studios for the Official Sofasonic Festival Afterparty on July 19th at 5:40PM EST. Tix are free but must be reserved for ZOOM at SUPERSONICFESTIVAL.COM 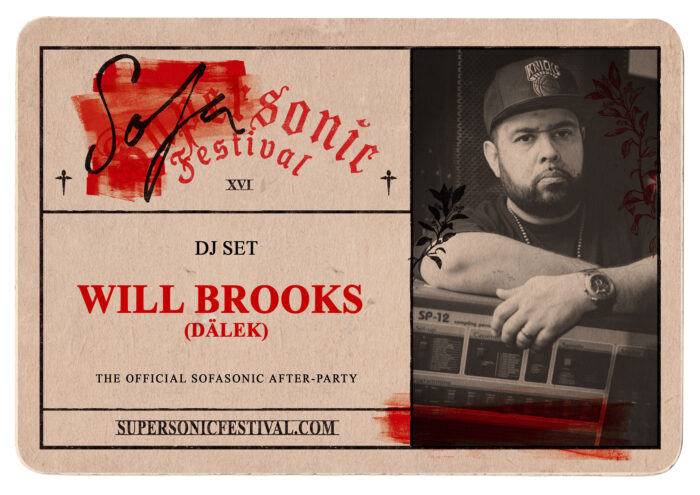 There would be no better way to wrap up this online affair than with some old-school 90’s hip-hop, mixed with some Dälek rarities, remixes, as well as noise, maybe even some New Order/Joy Division to aid our kitchen dancing by long time friend of Supersonic Will Brooks! Following a weekend of class entertainment, join us for the Sofasonic Festival after-party on Zoom.

From the pioneering alt hip-hop duo, Dälek, Rapper/Producer Will Brooks will close our Sofasonic weekend with some stellar selections. With deep roots in the mid-90’s DIY scene, Dälek have been delivering ground breaking albums for over 20 years. They have encapsulated fans and critics across all genres, garnering fans and accolades from the Hip-Hop, Electronic, Indie, Metal, Shoegaze, Jazz and experimental communities.

“For many years Supersonic and Dälek have been hanging out at legendary afterparties, including our very first encounter about 15+ years ago when we were up till the early hours listening and dancing to 7″records in my kitchen on a tiny portable record player with Justin Broadrick of Jesu/Godflesh fame. I just couldn’t think of anyone better than Will to host the Sofasonic afterparty!”

(ALL TIMES ARE BRITISH SUMMER TIME) 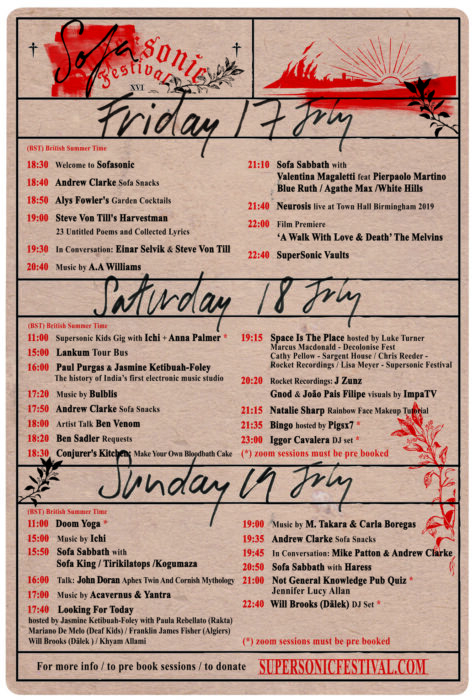