Stream a brand-new song from the experimental hip-hop collective, catch them on tour in North America and the UK, and REMEMBER TO VOTE.

Typically, for most people voting in an important election like the one America is finally, finally about to be finished with, there’s some kind of light at the end of the tunnel— whether it be resolution, revolution, or simply just more of the same. Now, though, no matter what happens tonight, there is only darkness.

At least we have bands like New Jersey’s dark, challenging experimental hip hop collective Dälek to soundtrack the horror. Following the success of their groundbreaking Profound Lore debut, Asphalt for Eden, they’re premiering a brand-new song, “Molten,” here on Noisey today. The timing is no coincidence.

As the band told Noisey, “After this unprecedented Presidential campaign, a venting was needed. This is bigger than the individual candidates, bigger than a broken system, bigger than the dumbing down of America. ‘Molten’ is the quiet rage, angst, and sadness against the current climate in our country and in this world, it’s a state of mind and emotions manifested. ‘Molten’ is the guttural yell into the nothingness by those of us who still think.” 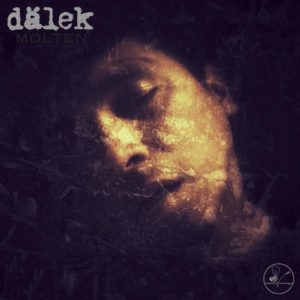 Catch them on tour across the the US and Canada with Candiria, then head to the UK for a headlining tour. They’ll close out 2016 with a show in NYC before taking a break to wrap up the next album, finish up some side projects and get ready to spend 2017 on the road—including a stop at the Netherlands’ prestigious Roadburn Festival, where Dälek will make festival history as the first hip-hop act to ever appear on its hallowed stage (I can’t wait!).